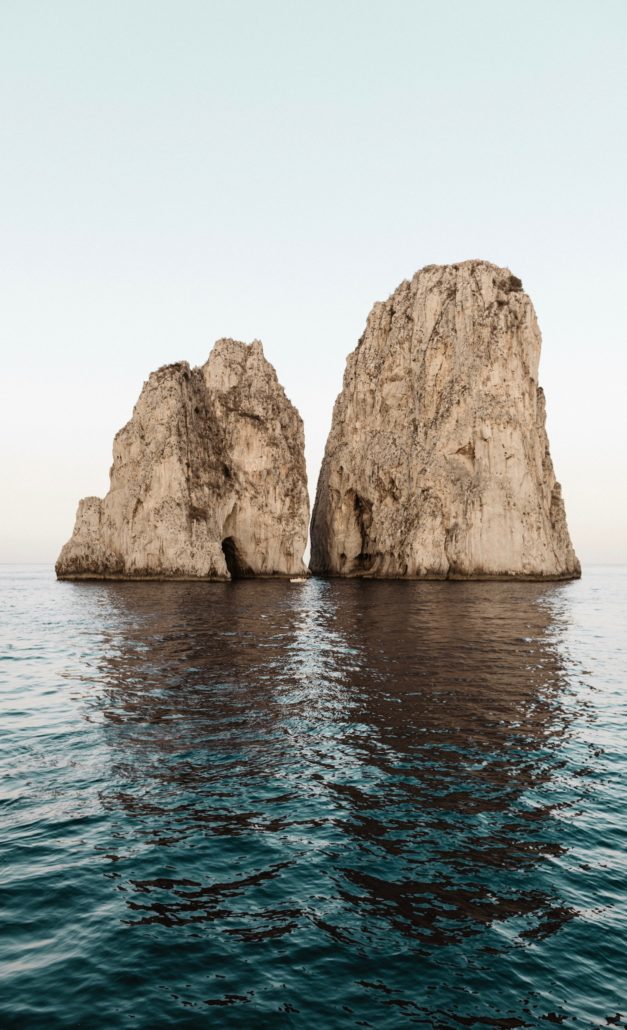 Would you rather listen than read the post? Perfect, let me tell you the story.

Click play below and it will be as if you and I are sitting across from one another, hanging out, over a cup of coffee.

Fed Up With Settling — I Made a Decision to Change

I can remember specific moments in life when I was faced with the certainty I was letting myself down. More powerful than being told as a child, “I’m disappointed in you,” the letting down of myself was a sharp gut punch. I’ve found the hurt from the self-inflicted injury lingers until you do something about it. Or bury it deep until it pops up years later with vengeance.

Vengeance is a bitch. But in this case a necessary one.

This particular moment came while I was standing in my Portland kitchen during the winter of 2014. A Sunday morning, I had my iPhone in hand FB stalking a college girl friend of mine with whom I had become estranged from a decade-ish earlier. Which is a tidy way to say we had a big ole blow out and went our separate ways. An episode that present day Robyn recognizes for what it was — two people uncertain in their own lives who let an argument end a friendship.

I had no residual ill will toward her, on the contrary, she randomly popped into my head that morning and I wanted to see what she had been up to. She tried reaching out to me years before, in the days after my husband died. I had heard the hesitancy in her voice as she passed on her heartfelt condolences. But at the time I didn’t have the bandwidth to deal and never called her back. I think my actual reaction was, “Nope,” followed by delete.

But that day, standing in the kitchen, man, did I get an eye full of her life which turned into the push I needed to change my own.

I scrolled through gorgeous photos on her timeline of Capri. You know that dazzling Italian island with lemons as big as baseballs, situated just off Naples? Yeah, that one. She was stunning, head thrown back in laughter, and wearing a white dress with the Mediterranean Sea sparkling an absurd color of blue in the background. My heart sank. I clicked through for the date. Taken about 8 months earlier, it wasn’t the photos of the destination wedding that got me. Nor was I sad about not being invited (why would I have been). Nah, it was the story that unfolded in the comments below the images that had me in almost tears. I held my breath as I thumbed through them, quickly.

She didn’t just get married in Capri, she and her Italian husband were living in Capri. Living in Italy. She had done it. She had done something I knew she had always wanted to, and myself as well. I knew my reaction wasn’t about her at all, it was about me. How many times had I almost made that move? And then didn’t.

But almost doesn’t count in life, does it?

My face flushed red as my stomach flip flopped. I carefully set the phone down on the kitchen counter and backed away as if it was a snake about to strike. I felt exposed and unbelievably sad with a clear understanding of what settling in life looked and felt like.

It looked like any other Sunday morning standing in my kitchen as I stared down the barrel of another week of a life I had settled for. And it felt like shit.

On a good day (or week) I was able to shove misgivings about my direction in life down deep. But these handful of photos of the craggy landscape and the azure water of the Mediterranean lodged in my head. It was as if a GIF of the water lapping against the rocks was tattooed on my brain — as I walked to Trader Joe’s that afternoon for my weekly shop. As I sat at my desk in a trendy office downtown working for a CEO who would have screaming fits for no reason. As I joined co-workers for drinks at happy hour — it was never far from my mind.

Question: Self, what are you doing?
Answer: Not sure yet. Hang tight.

I began meditating more. Getting up in the dark to scribble in my battered moleskin for at least an hour before walking to pilates class and then hustling to an office I wanted to burn down. As the weather turned warmer I began taking long walks by myself in the evening. Putting music in my ears and walking with no destination for hours. Always happy with my own company, I now guarded my alone time like a rabid animal.

I would lay on my couch and stare at a tree across the street. From my living room window I could see the top of it waving in the wind. I still think about that tree. The wind pushing it to and fro as I laid and watched. My breath slow and steady, my chest rising and falling rhythmically as I let my mind wander.

Robyn, you have to do something.
I know. I’m doing it now. Be patient.

And so I did. Several somethings. I didn’t know where I was going, but I knew things were about to change. And I know these changes were brought about by two things —

1. That gut punch in my kitchen.
2. All the time I spent solo, listening and getting clear on the source of my unhappiness.

My direction in life thus far came down to this —  I was trying to please others rather than myself.

Question: Robyn, who are these others?
Answer: 1. Who the hell knows.
2. That’s a lazy answer, let me try and describe who they were to me —

They are an amalgam of faces, of snippets of conversations and residual feelings from throughout the years.

The feeling when I told my Mom I was moving to Florence in my early 20’s and she yelled at me that I wasn’t normal. (Poor Mom, I have really taken her to her end with all of my traveling and moving.) All the people that told me how brilliantly smart my older brother was when he practically broke the score on a college entry standardized test. The undergraduate geography professor who told me I might not be cut out for a degree of any kind because I was not stellar at taking tests. (I went on to get my Masters in Marine Science). The feeling I had as kid in a small town filled with other people’s extended family while I had a set of divorced parents and first cousins who really didn’t like me all that much. Can you feel how slippery it is for me to pin they down?

On the other hand, they were also a group of people who were happy enough and I wanted to know, why couldn’t I be happy too?

They seemed just fine with happy hour on a Wednesday night and a movie on Saturday. They were ok with the occasional weekend trip to Scottsdale or Vegas with friends and a week in Vail for skiing. They loathed Sunday night and lived for Friday afternoon, they dealt with their crappy boss and the office they wanted to burn down as well.  Why not me, why wasn’t I feeling at home with they? Then closely following was this question —

“Who do you think you are wanting something different?”

Indeed who did I think I was? Here’s who —

And a few years later I’m here. After many twists and turns in the road. I write this from my living room in Pescara, in Italy. Where I live for the time being. Happy in the moment, but mindful that the next chapter could come knocking at any moment. Is my life picture perfect? Hahahaha, let’s get real. If anyone tells you that, they are covering up a whole lot of not happy.

But I can tell you that now I listen to my gut and don’t settle for good enough. Because regret is a REAL motivator in my life. And I want to live how I want to live! We’re all different and want specific things out of life. I say good for you! And me! Good for all of us. Whatever that looks like for you, do THOSE things. Go dooo them.

I’m not here to sugarcoat this. It may be painful to make these changes. I know I still remember the stomach ache in my belly when I broke up with my boyfriend and wondered what the heck I was doing. But it meant me walking toward my greatest love — geographic freedom. Man, it’s everything to me. And that’s what I mean. Find out what your jam is and go ALL IN on it.

Life isn’t all unicorns and rainbows. No matter where you are. But whenyou’re the most honest with yourself and truly living how you wish, that’s the juice. And that’s what I want for us all. You and me. Call me Pollyanna, I’m good with that. But then after you do, get down to business with yourself and figure out what you want your days to look like.

If you don’t know where to begin, think of me staring up at the tree. And then download this workbook. In it I have outlined the 7 ways I turned my days around. I call it making gold. In plain talk it’s how I took myself from thinking oh shit on that Sunday morning to yup, hello Roman Pantheon!

xx and Ciao for Now!

Three Things — Thanks for the Mistake

Three Things — She Could. So She Did
Scroll to top