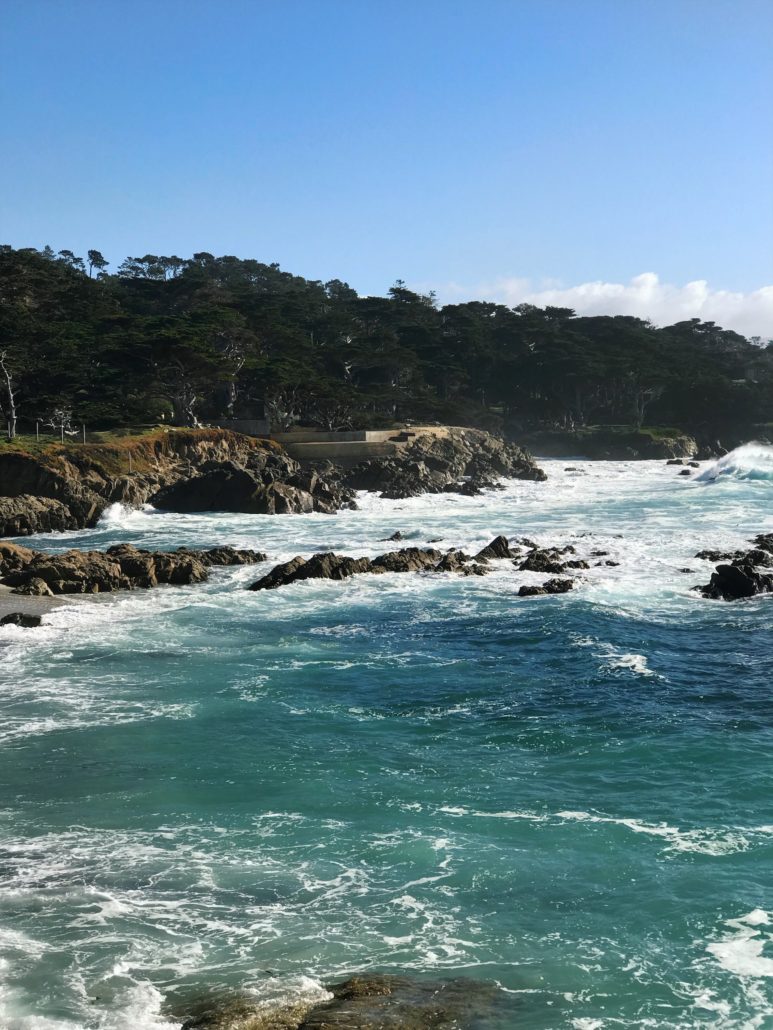 If we let it we can become consumed with the idea of how to perfectly start off the year with a bang! THIS IS YOUR YEAR shouting to you. It can devour our spirits. Leave us confused and pondering if we’re doing enough planning or plotting our resolutions for 2019. Are we living up to the idea we’ve manufactured for who we want to be in 2019?

The small squares on social media driving the messaging home until we’re left glassy-eyed with feelings of inadequacy piling up just in time to wonder if we’re planning on letting ourselves down in 2019.

It can be such a mind fu*k if we let it balloon up into something ugly.

Instead let me posit an alternative.

The year is long and stretched out ahead of us. Have family still visiting? Nursing a cold? What about if you’re just plain worn out from family political conversations around the table and consuming too much cheese. It’s fine. It will all be fine.

If your mind is spinning and your shoulders are up around your ears with stress, take a week. Heck, take two. Get intentional. I’m not talking about resolutions. Resolutions—forget them. Let’s think in terms of who you want to be. Make 2019 the year you take steps toward becoming that person. Where you are now and who you want to be. What you want your life to become. Where you are now and that future version of yourself isn’t separated by a moat of shark infested waters you have to cross over in a rickety boat.

It’s not a yes or no. It’s not white or black. It’s not a light switch. There is no on or off. It’s shades of grey that can be baby-stepped toward.

And nothing is too small for a baby step toward the future you. It’s drinking an extra glass of water. It’s flossing two more times per week.  It’s putting on music or a podcast while you cook. It’s not opening your inbox until AFTER you’ve spent two hours writing. Not because someone told you you should be doing it, but because you genuinely want to. It’s who you are and how you want to spend your time.

Fun fact — Implementing small habits build the supportive foundation for the bigger ones.

For me it’s being more intentional with how I schedule my days. It’s putting a block of time each week in my calendar for long term projects I’m passionate about. It’s about understanding that not making time for the most important things negates all the things you do force upon yourself.

What about for you? Who is the person you’re ready to release into your days? Think about her. What does she wear? How does she act? How does she spend her days and mornings? Write some things down. It’s not in stone. It can be amended and scratched out. Updated and edited. Let your shoulders fall down your back. This is not a race. Your life is not a meme. A quotable for the most likes and retweets.

Here’s what I’m going to focus on for the new year and I invite you to do the same.

Rather than choosing a word or a phrase or a quote for 2019, I’m going to focus on my feelings and emotions. The picture in this post? That’s the Pacific. I took it on Christmas Day. I was driving along one of the most scenic stretches of the West Coast. And sure, I took some pictures. But only to serve as a reminder of how I felt while watching the waves crash over and over. The colors as they blurred into one another like a moving painting.

I was consumed while watching the drama of it all. The sea air lulled me into a half sleep. I felt calm and steady. Sure and ready. That rhymed which wasn’t my intent, but I’ll leave it. Right on the Pacific I saw a house with a big front area to sit. If you leaned over a bit you could touch the water. The sun was glittering off the water’s surface. I watched. It danced. The house held firm. I watched.

I breathed in and out slowly. I was just there in that moment with myself. THAT’s my foundation for 2019. That’s what I’m taking with me.

If you’re stressed the hell out with trying to live up to some incredibly over-reaching 2019 expectations you’ve put on yourself I’m giving you permission to slow.it.down. You’re a perfectly acceptable human now and you’re going to be tomorrow as well.

I invite you to find your version of watching the Pacific. The deep breathing and slow blinking kind of feeling we all deserve for ourselves. Remember — You’re doing your best and it’s more than enough.

Finding Grace at 4 AM