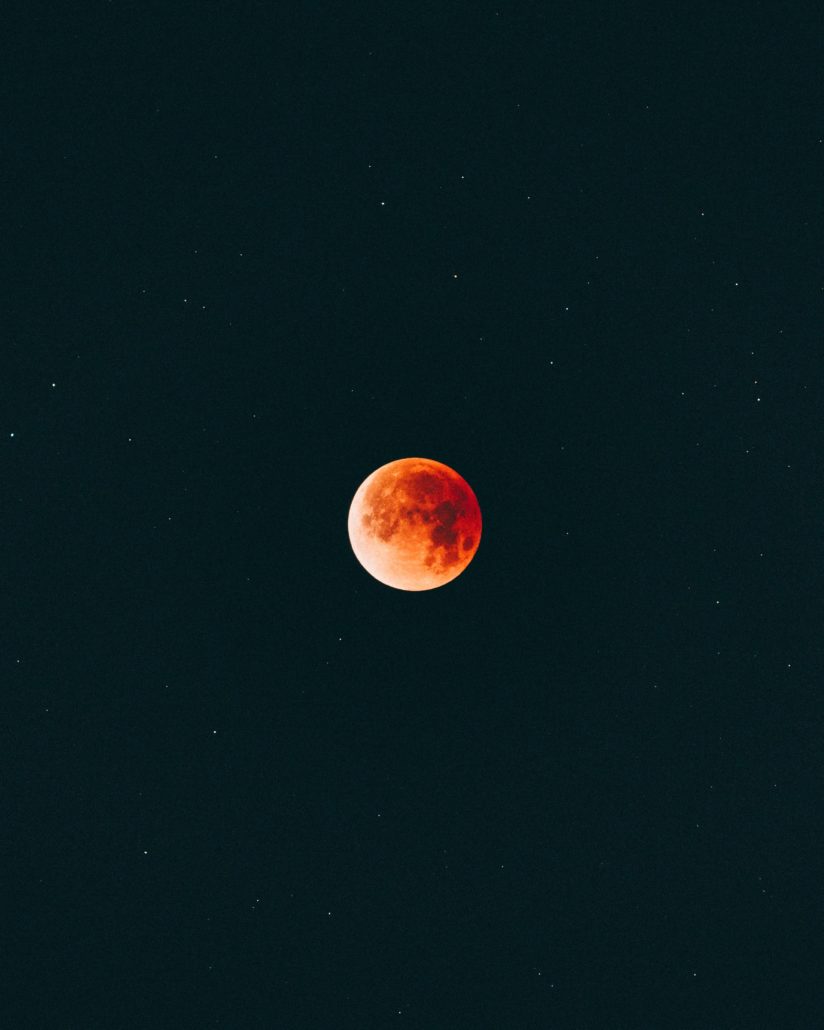 Photo by Derek Liang on Unsplash

The Lunar Effect — Leveling Up

Scientifically speaking, today, the moon will be in perfect alignment with the sun and Earth, with the moon on the opposite side of the Earth from the sun. With the totality of the lunar eclipse clocking in at 1 hour and 43 minutes.

I have a Masters Degree in science, I’m a facts based kind of woman and this interests me. But I’m also super interested in the non-sciency implications of the sky as well. I was reading a few posts here and there about how we may be affected by the energy of the lunar eclipse.  It’s been termed an opportunity to “level-up”. That this is the time to do the work that could bring you to the next chapter in life.

But our opportunity is always there, isn’t it? Regardless if there’s a show in the sky, leveling up or making changes is something we can grab onto with all our might and put into action. We can, but we likely won’t until staying in the same place and doing the same things becomes more painful than whatever the unknown scary monster may dish out to us.

You’ll know when the shifts happens, you’ll feel it. I felt mine. I remember walking to my office each day. Climbing the stairs and mentally cataloging my day. Putting my lunch in the fridge, grabbing my first cup of coffee for the day, and opening my computer. I hated it. Loathed, really.

What a battitude I had!

Not for everything. Not the people I worked with, I liked them and their presence likely kept me in the same routine for months longer than I would have if they had sucked. It was the monotony of the days running together until I was breathless with lost weeks and months and then seasons. It was working on projects I felt no pull toward. The being in my seat “because you need to be here.”

And I stayed because I was half-ass convincing myself it would get better. Safely packing it away each evening and then taking up the cause the next day working it over and over in my head. I have no idea what better would have looked like. How does “hated it” get better? Piled on that, I was worried about money and how I would support myself.

What would I do?

All the energy from a blood moon, super-duper, lunar eclipse could have shone right down on my face and blinded me with brilliance, but until the pain of staying outweighed the unknown of leaving, I was staying put.

It went on like this until one day, the latest bullshit proved too much for me to categorize in the “it will get better” folder and I unraveled in the best way possible. I declared, and I planned. I announced, and I swore. All to myself of course. I promised, two weeks of tying up loose ends and I’m moving on. I’m done. It’s for the best. For me and everyone else.

And then the universe stepped in and fired my ass.

I was the happiest fired person you have ever seen. I didn’t spend one moment sad or mad. Sure I was dazed, but happily dazed. I practically crowed into the phone when telling my friends and family the news. My Father was likely horrified. I know my Mom was scared I was going to be living in a van down by the river. Meh. Sure, I still had the financial items to think about and I had no clue what was coming next but the pain of the situation was so tremendous to me, the ending felt like a cool breeze after sleeping in a stagnant, airless room.

And after that, everything else worked out. Eventually. In the best possible way. Yes I was scared. But I was also free from a situation I was miserable in. Not a way to live life. At all.

And I have lots of stories to tell you about all of it. But later. Right now I want to check in with you, and see where you are. Are you still coasting on the “it will get better” train? It’s ok if you are. You’ll come to your own conclusions, eventually.

Or maybe your train is stopped in the tracks and you’re ready to leap!

Maybe you got a push from the energy from the eclipse, or the electricity in the air from everyone else talking about change. If you’re entering the point of return — if the balance has shifted and you’re ready to leap into the unknown…then Good.For.You! Whew!

Here’s the thing — I remember how that felt and what came next. I remember feeling scared but exhilarated. I was you, four years ago. And now I’m here, living in Italy and working with women that are taking their own leaps. Those who are Making Gold and transforming their lives into what they always knew was possible. If you’re ready to leap and want someone to walk along with you, to cheer you on and give you the tools to keep on moving. I’m here. Let’s talk.

Download The 7 Ways to Turn Your Days into Gold Workbook Now!

Use these 7 habits to create the life (you know in your guts), you’re meant to be living by making one small adjustment every day. Click the button to get started!

Reveal First Secret: "I Don’t Know is Not An Answer"

It’s Okay to Not Fit In.
Scroll to top