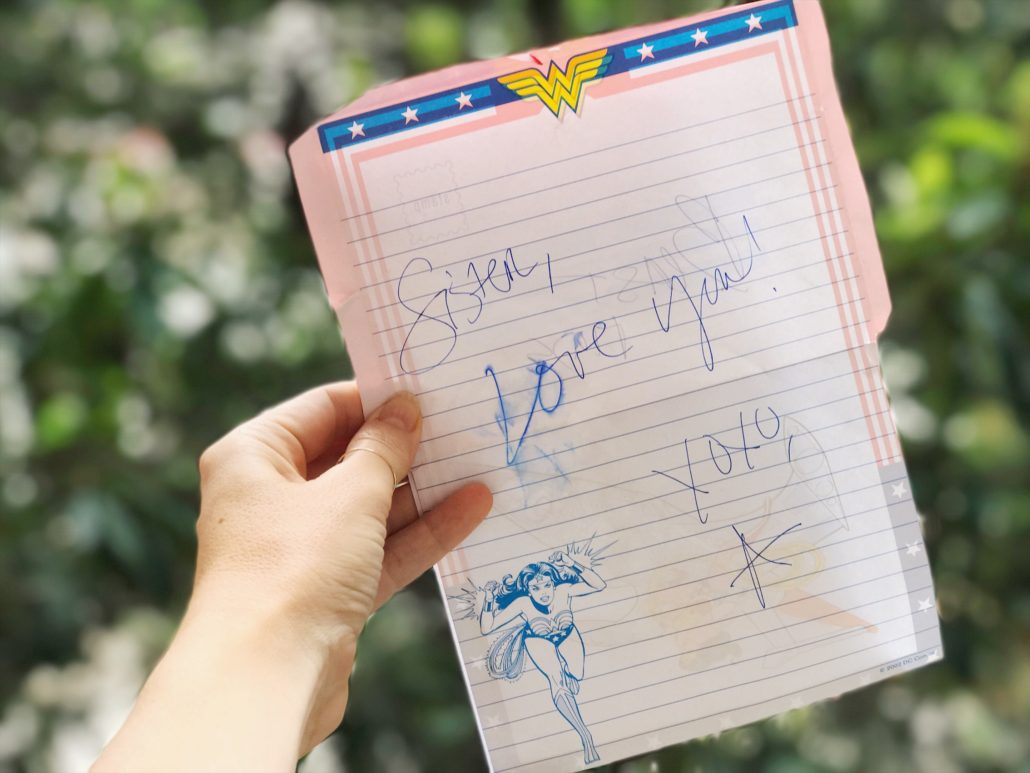 Given to me a few months ago by a woman of wonders, I keep this note tucked into my journal. It’s one of my favorite things. This willingness to tell another is a tenent of my life.

The Women of Wonders

Last Friday night I went to the theatre to see Wonder Woman. While I’m all in for a good movie, I was especially looking forward to this one. A female director, a female lead, and the superhero of my girlhood.

Superman was around and Batman was too, but it was the Wonder Woman underoos 2-year old Robyn was wearing while flying around the house. It was her signature move of raising arms above the head, crossed at the wrists, while turning around, I repeated over and over. 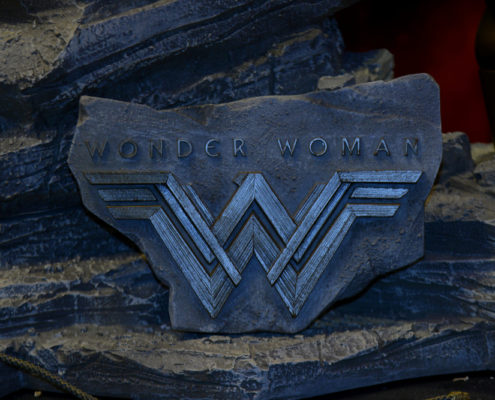 I slid into my seat, settled in next to my boyfriend, and dug into the popcorn. Ready to be dazzled. I was all eyes as a young Wonder Woman learned from Antiope, played by Robin Wright, how to defend herself.

But it was the scene about 20 minutes into the movie that had me choking back my emotion and crying. But not really crying, like weird short sobs I was trying to stifle. I couldn’t stop it and then gave up. Funnily enough it wasn’t WW causing the reaction, it was Antiope.

It was the all hell’s busting loose, powerful form of Wright as she galloped onto the beach ready to unleash the Kracken. It was her muscles rippling and the gleam in her eye as she rushed in to do WORK.  It was the sheer POWER of it all. Hell, I’m tearing up just telling you about it now.

I wanted to leap from my chair that moment and unleash my own beast. To do all the things and fight all the battles. It was the underlying love of it all. She was rushing in to protect their tribe’s greatest treasure, Wonder Woman herself. To fight all of it in the name of love.

Let’s be real, it’s not as if I’m getting a horse and upping my workouts to two-a-days. Instead, this power rush for me translates into smaller more meaningful actions. For both myself and others. To tell someone when I admire them. Or their work. Or the thing they said last week. That it meant something to me. To give an actual shit about something and THEN tell the person. That’s the juice.

To have the willingness to be vulnerable in general. In real life and on social media. In my writing, here with all of you. It’s not easy, this vulnerability. We all feel the weight of it afterward. Termed the vulnerability hangover, we just want to hide after we’ve exposed ourselves. Which is THE work. Be willing to be vulnerable on a consistent basis and then waking up the next morning ready to do it all over again. The Kracken. Release it.

I know I’m not alone in this feeling and work. You’re with me. Sitting here reading this and full on with me.

Do this for me. Raise your hand if you’re ready. Go ahead. Put it high above your head. Then raise your other hand. Then cross them at the wrist. Then do the turn.

Because dammit, we’re all in this together and we’ve all got some Antiope in us waiting to be released. And she’s the one that pushed Wonder Woman to recognize her true power, now wasn’t she?

What’s Going On This Weekend?