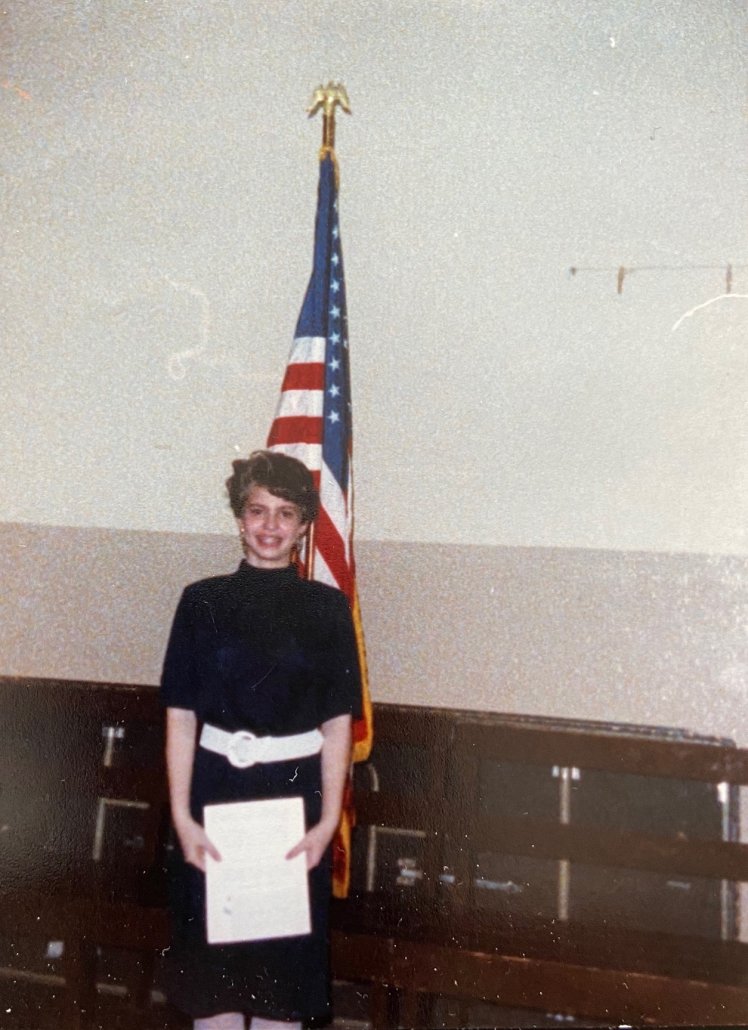 It’s a week night in May in the early 90’s. You’re wearing your 8th grade graduation outfit even though the ceremony isn’t until later in the month. You have carefully curled your hair. You’re sporting white panty hose and feel chic and worldly in your matching leatherette belt.

You’re holding a copy of your essay “The Voice of Democracy” after having just read it aloud to a room full of veterans from The American Legion. You’re sweaty. Mostly because it’s hot.

You smile for the photo knowing your older brother dashed off the essay in 20 minutes because you couldn’t bear to write another English assignment that year. But you’re the one that taped yourself reading it aloud. You turned the whole thing in and didn’t think anything would come of it.

Your Mom was mortified when it won 3rd place and even more so when you’re all invited to a dinner and ceremony at the Community Building in town.

Years later you’ll look at this and feel a nostalgic affection. You’ll remember the distinct scent of old men’s aftershave – Brut – commingling with that of the fresh paint on the benches of the Community Building.

You’ll remember the novelty of going out as a family of three on a weeknight and celebrating an accomplishment. You think of it as a joint effort. Your brother writing it, you recording and reading it aloud, and your Mom pretending to be scandalized by the whole thing. You didn’t even mind splitting the $25 prize with him. But you pretended like you did.

Grandparents: The Shiny Jewels of Childhood
Scroll to top